Interesting Things To Know About An F5 Tornado Tornadoes are a weather phenomenon capable of massive destruction that has fascinated people enough to spawn professional and hobbyist “storm chasers.”

Some storm chasers track weather patterns and follow storm systems to try to spot a tornado to collect useful data that could help save people’s lives when interpreted by scientists and meteorologists.

However, some people are simply weather aficionados that get a thrill from observing dangerous weather and unusual cloud formations. And, of course, the bigger and more powerful the tornado, like the F5, the more people want to know about it.

What Is A Tornado?

A tornado forms when a column of air descends from the bottom of a thunderstorm and connects to the ground and about 75 percent of tornadoes take place in the United States.

However, tornadoes are not the result of your average thunderstorm, but instead massive, violent weather systems known as supercells that have a lot of wind rotation. Only about one in every thousand storms turns into a supercell and not every supercell creates tornadoes.

Tornadoes typically take place in the afternoon because that’s when most thunderstorms take place because of an accumulation of the sun’s heat rises from the ground into the atmosphere. When that heat rises as warm air into cold air that was hovering over the clouds, it causes an updraft that can create rotation.

What Is An F5 Tornado? 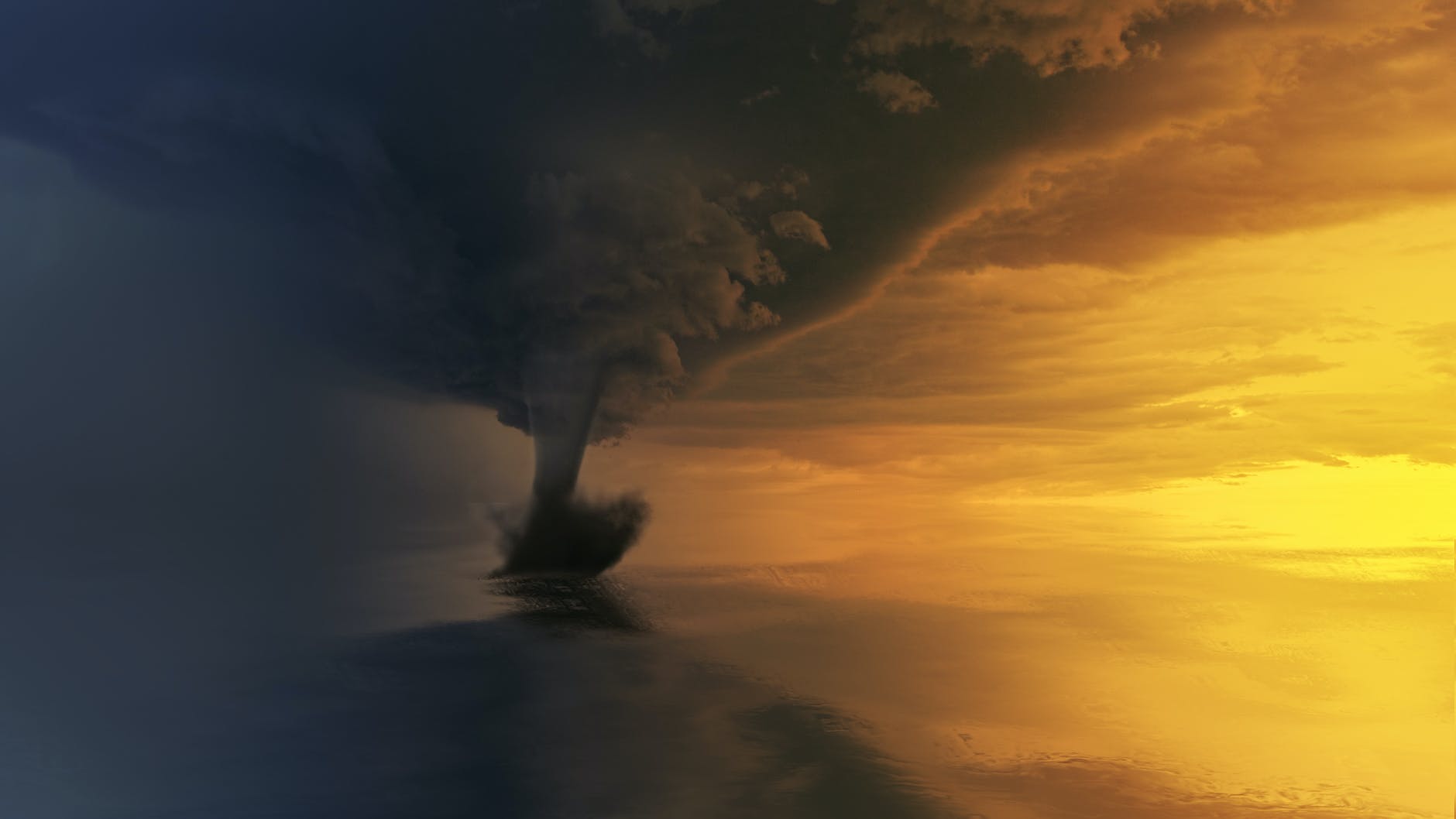 Tornadoes used to be measured by the Fujita Scale that was created by research scientist, Dr. T. Theodore Fujita, in 1971. The weather events were classified by the wind speeds that were estimated to be inside the tornado.

An F5 tornado was the strongest and most intense weather system that was capable of removing houses from their foundations, lifting cars in the air and hurling them over 100 meters, and even stripping the bark off trees.

As of 2007, meteorologists and scientists updated the Fujita scale and began using the “Enhanced” F-scale in the United States. The Enhanced F-scale estimates three-second wind gusts and combines the overall damage caused. Under the EF system:

EF scales are estimates and not exact measurements that use the destruction caused by the tornado to see where it fits on the scale.

Although tornadoes may seem common, many weather conditions have to be exactly right to generate one, and even more factors would have to line up to create an EF5 tornado, so they are pretty rare. Since 1950, there have been less than 60 F5/EF5 tornadoes in the United States, which averages out to almost one per year.

When Was The Last Recorded American F5 Tornado?

The last EF5 tornado in the United States hit on May 20, 2013, in Moore, Oklahoma. Unfortunately, Oklahoma is in a part of the country known as “Tornado Alley” where a lot of tornadoes take place in America.

The EF5 was on the ground for a distance of 14 miles through parts of Oklahoma City and leveled the city of Moore. The storm was responsible for the deaths of 24 people, hitting an elementary school seven children died. The tornado caused about $2 billion in damages and demolished about 300 residences. The twister was estimated to have gotten as wide as 1.3 miles at its broadest point.

Has An F5 Tornado Ever Hit Outside The US? 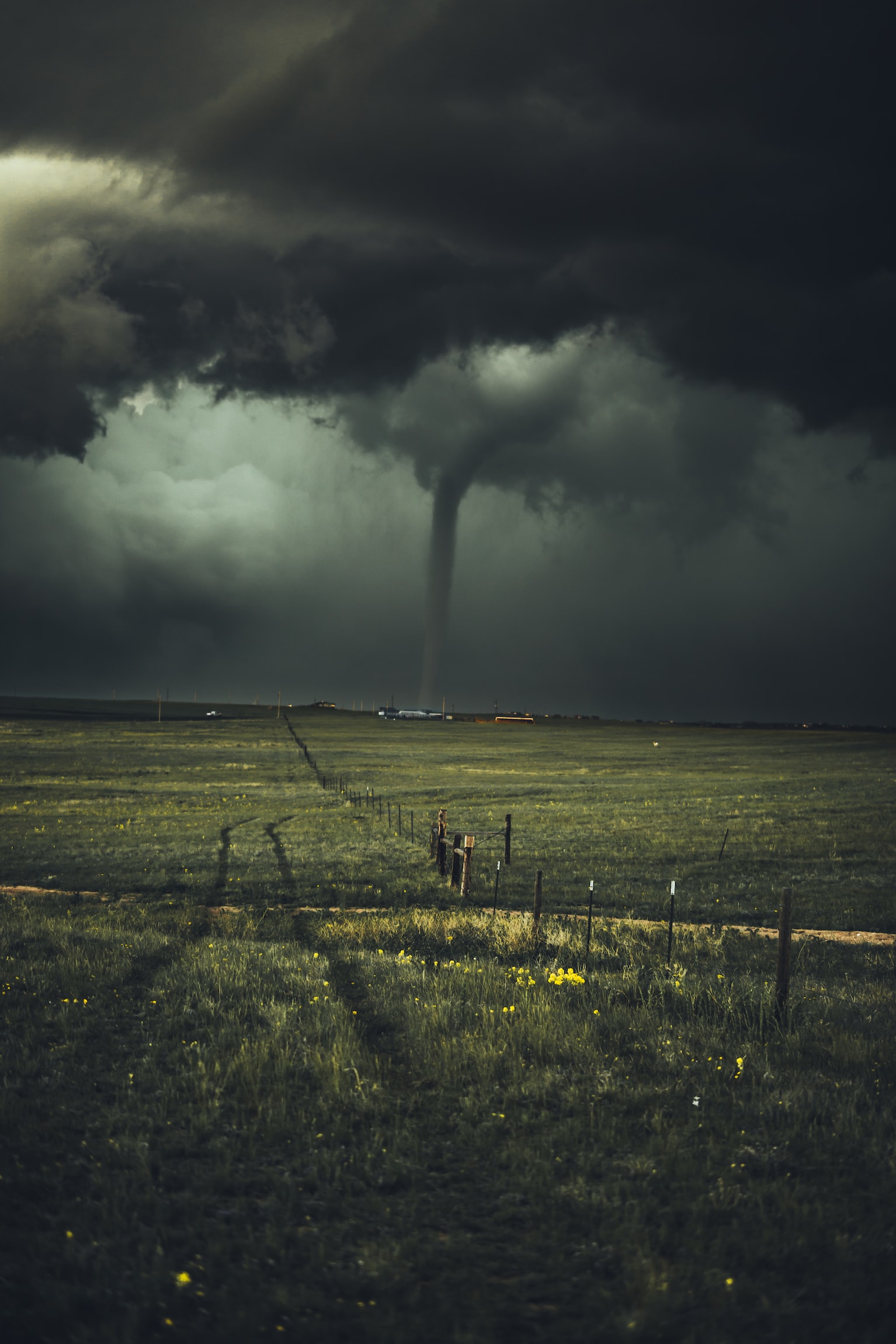 Even though a lot of twisters take place in the United States, tornadoes do touch down in other countries like:

Canada comes in second to the US in terms of tornado frequency. However, keep in mind that an EF5/F5 tornado is extremely rare, with only about a tenth of a percentage chance of occurring.

Canada has Prairie provinces, like the Great Plains area in the United States that is called Tornado Alley. However, the population in the Canadian prairies is sparse so it’s harder to rate the damage that would classify a tornado as an EF5.

An F5 tornado took place in Elie, Manitoba on June 22, 2007. At first, scientists thought it was an F4, but after further studies, the twister proved to be an F5. There were no injuries or fatalities.

What Is The Deadliest F5 Tornado On Record?

The most devastating F5 is known as the Tri-St​​ate Tornado because it weaved its way through three states. On March 18, 1925, it started in Missouri, worked its way into southern Illinois, and crossed into Indiana. It is believed to have caused 695 deaths and injured over 2,000 people while destroying several towns.

Of course, tornado forecasting at that time was nowhere near as sophisticated as it is today. Even now, a tornado can’t be accurately predicted more than 13 minutes beforehand, and about 70 percent turn out to be false alarms.

What Was The Biggest F5 Tornado?

In May 2013, a monster tornado struck El Reno, Oklahoma. The twister grew to span a distance 2.6 miles wide, which is about the same as the length of Central Park in New York City. At first, the National Weather Service categorized the twister as an EF3, but after collecting data from multiple Doppler radars, they upgraded it to an EF5.

The tornado, which lasted about 40 minutes and wandered over 16 miles, had winds that measured almost 300 miles per hour. The twister caused the deaths of 18 people, four of whom were storm chasers.

Which F5 Tornado Lasted The Longest?

A tornado can dissipate as quickly as it formed or can last for about an hour. On average, a twister usually lives for under ten minutes. When a tornado goes on for a while, it’s bound to make the record books, typically because the longer it lasts, the more damage it causes.

The Tri-State Tornado of 1925, the deadliest tornado on record, also holds the title for the twister with the most extended duration. It traveled across three states, lasted for about three and a half hours, and is in the Guinness Book of World Records for having the longest path since it weaved its way through 218 miles.

Has There Been A Day With More Than One F5 Tornado?

In a twenty-four-hour period, from April 3 to 4 of 1974, 148 twisters spawned in an event known as the Super Outbreak.  The weather system that created these tornadoes ran from the Great Lakes down to the Deep South and created 30 vortexes that rated F4 or F5. More than 6000 people were injured, and 335 people died. During that record-breaking day, seven F5 tornadoes touched down.

Many scientists believe that the Earth’s surface is getting hotter and causing climate changes around the globe like rising sea levels due to melting glaciers and polar ice caps, stronger and more intense storms, and flooding and wildfires. So naturally, some researchers wonder if climate change could also lead to more frequent and powerful tornadoes, especially F5 tornadoes.

One change that meteorologists and scientists have noticed is that tornadoes are now taking place in areas that were not previously prone to the weather phenomena. For example, now in addition to tornado alley, there’s an area scientists refer to as Dixie Alley. Since the year 2000, Dixie Alley has become a lightning rod for intense thunderstorms and tornadoes.

Although the research is not conclusive that more tornadoes are resulting due to climate change, studies do show links between global warming and twisters popping up in areas that lie outside of Tornado Alley.

Tornadoes now seem to be occurring more often in the Southeast and the Midwest and this worries researchers because those areas tend to be more populated than the Great Plains and could potentially lead to more damage and loss of life.

So even if you don’t live in an area known for tornadoes, with climate change affecting typical weather patterns everywhere, you should keep an eye on your weather forecast because you never know what could happen.