The Best Climate Change Books You Need to Read 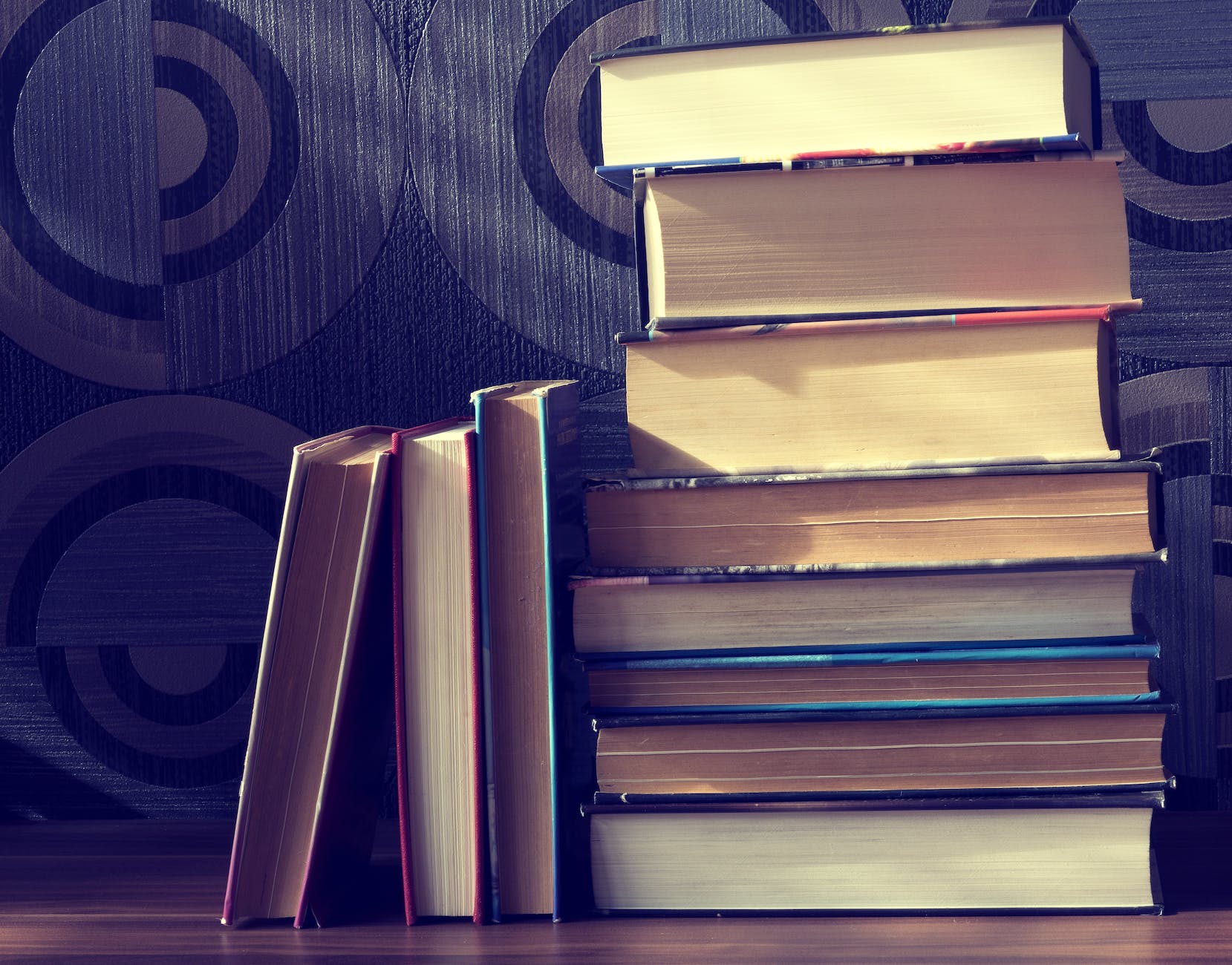 As climate change results in unprecedented extreme weather patterns, hurricanes, droughts, and receding shorelines, books on the subject are numerous and widely available.

A more difficult challenge presents itself in sifting through the array of sensationalist, skeptical, and politically biased misinformation surrounding the topic.

We've selected our picks from top-rated titles on the subject by leading journalists, environmental scientists, and researchers to bring you the best climate change books of 2019.

Check out our informative guide for fact-based, authoritative, and relevant information on climate change with books that:

Read on to discover our picks for the best books on climate change for 2019.

Quick Navigation
The End of Ice by Dahr Jamail
Rising: Dispatches from the New American Shore by Elizabeth Rush
Eager: The Surprising Secret Life of Beavers and Why They Matter By Ben Goldfarb
The Water Will Come by Jeff Goodell
Chesapeake Requiem by Earl Swift
In Search of The Canary Tree by Lauren E. Oakes
The Great Derangement by Amitav Ghosh
The Ends of The World by Peter Brannen
The Wizard and The Prophet by Charles C. Mann
How We Chose Our Ratings
Get The Facts on Climate Change: Sifting Through Misinformation and What You Can Do to Help
Look to The Experts
Educate Yourself
Become a Climate Activist
Speak Up

The End of Ice by Dahr Jamail

"The End of Ice" follows war journalist Dahr Jamail on a journey across the world to revisit his once thriving favorite landmarks.

As Jamail finds his frozen ski slopes melting, the very real state of climate change on the earth's most cherished landmarks inspires the author and mountaineer to embark on a quest to investigate the effects of climate change around the globe.

From Australia's Great Barrier Reef to the melting glaciers of Alaska, "The End of Ice" takes readers on a journey through Jamail's critical eye, fully absorbing the far-reaching consequences of the planet's gradual warming.

As the realization of Earth's dire state becomes clear to Jamail, "The End of Ice" takes a finite tone of acceptance regarding our planet's nearing demise.

Jamail takes readers on a quest to explore his once favorite mountaineering spots while highlighting what the bountiful earth once offered, the current state of his once beloved mountains, and the far-reaching effects of apathetic and dismissive attitudes toward climate change.

While "The End of Ice" takes a sobering look at the current state of our planet and the dire consequences of global warming, Jamail's tone of acceptance inspires readers to cherish precious remaining resources, opting to live in the present moment to fully embrace and appreciate our great planet.

Rising: Dispatches from the New American Shore by Elizabeth Rush

"Rising" by Elizabeth Rush takes us on a journey to the world's most severely impacted areas—from the Gulf Coast to Miami Beach—to bring readers a personal account of the impacts of climate change.

"Rising" focuses primarily on firsthand, real-life experiences of the poor and underprivileged, groups that are often first impacted by the flooding caused as a result of rising sea levels.

The book imparts readers with an intimate, yet fact-based account of life in the aftermath of increasing hurricanes and displacement from severe flooding.

From its interview with a Native American tribe struggling to retain their homeland on a sinking Isle de Jean Charles, to an account from a Staten Islander grieving the loss of his father following Hurricane Sandy, "Rising" brings the often overlooked struggle of marginalized groups to the forefront of the climate change discussion.

Eager: The Surprising Secret Life of Beavers and Why They Matter By Ben Goldfarb

In "Eager," environmental scientist Ben Goldfarb details life on the North American continent before the arrival of white settlers, with a focus on the damaged ecosystem once populated by beavers.

"Eager" employs wit, humor, and historical accuracy to document the lives of Native American settlers and rich ecosystems primarily supported by a large population of beavers and other wildlife.

Goldfarb explains the destruction of natural resources, loss of habitat, and climate change through a quirky, yet fact-based perspective.

The destruction of the North American continent—including the effects of deforestation and displacement of natural beaver habitats—bear great significance to the current state of climate change.

"Eager" inspires "Beaver Believers" worldwide to restore the habitats of wetlands, highlands, and even deserts that were once home to large beaver populations.

Through inspiring activism with an impassioned "Beaver Believer" approach, "Eager" leaves readers with a sense of urgency and confidence to help reverse the effects of climate change by restoring beaver habitats.

The Water Will Come by Jeff Goodell

Jeff Goodell's "The Water Will Come" guides readers with a fact-based account of our future water submerged landscape, based on scientific predictions and current climate change phenomena.

The book examines current measures to minimize the effects of rising sea levels, including projects to raise at-risk cities and populations from the ground.

"The Water Will Come" takes a hard, realistic look at the current state of climate change while predicting what these rapid environmental changes could mean for our future.

As he travels across twelve nations on a quest to explore the far-reaching effects of climate change, Goodell imparts readers with a sobering description of the earth's landscape by our century's end.

Residents of Tangier Island, known among seafood lovers for its Blue Bay crabs, has lost two-thirds of its land and faces an ever-increasing loss of shoreline.

Experts predict that without government intervention, residents of the island will be forced to evacuate within the next twenty-five years.

Rising tides, flooding, and destruction of graveyards leave the deeply religious residents of Tangier Island fearful not of climate change, but for the end of the world.

Swift brings readers a firsthand account of life among the island's residents, with a history dating back to the Revolutionary War.

"Chesapeake Requiem" brings readers an intimate account of life in America's coastal communities, and what the effects of climate change mean for the future of these ocean side dwellers.

In Search of The Canary Tree by Lauren E. Oakes

"In Search of The Canary Tree" documents author and scientist Lauren E. Oake's quest to uncover the source of the disappearing yellow cedar tree, an integral feature of the Alaskan landscape.

Oake's account is based on six years of research dedicated to Alaskan forests,  completed while living among residents of the state who fight tirelessly to preserve Alaska's rapidly disappearing forests and wildlife.

"In Search Of The Canary Tree" brings an insightful, hopeful perspective to readers to inspire action in the face of an impending climate crisis, while sharing the story of Alaska's rich forests and preservationist culture.

The Great Derangement by Amitav Ghosh

In "The Great Derangement," novelist Amitav Ghosh brings readers a nonfictional, critical examination of the discussion surrounding climate change in politics, literature, and among religious institutions.

As a novelist, Ghosh is all too familiar with fictional weather occurrences like one hundred year storms and great floods.

"The Great Derangement" examines how violent and catastrophic weather patterns resulting from climate change are often overlooked and dismissed as paranoia akin to fictional works.

Ghosh underscores the importance of recognizing the very real effects of climate change to shift the discussion surrounding the phenomena.

"The Great Derangement" also highlights the often inactive nature of political beliefs in the face of climate change, and stresses the importance of collective action.

Ghosh employs his skill and experience as a fiction writer to bring readers a non-fictional account of the many ways violent weather patterns associated with climate change go ignored, dismissed as the product of overactive imaginations.

The Ends of The World by Peter Brannen

In "The Ends of The World," author Peter Brannen brings readers a witty perspective on the history of climate change while examining what the earth's chaotic past means for the future of human life.

"The Ends of The World" documents earth's previous patterns of climate change and destruction, including a volcanic apocalypse and lethal oceans that once drowned the planet's surface.

"The Ends" asserts that climate change, often considered to be a strict result of human interference, is as old as the earth itself.

While "The Ends" encourages readers to take the changing landscape of our planet seriously, the book attempts to put human interference into perspective by guiding readers to an understanding that the earth does not exist solely to support human life.

Using fossil records from the Earth's previous five mass extinctions, "The Ends" details the cyclic nature of the planet's destruction and regrowth.

"The Ends of The World" leaves readers with a new understanding of the nature of climate change and mass extinction, while shifting the discussion toward the future of life on Earth—with or without human civilization.

The Wizard and The Prophet by Charles C. Mann

"The Wizard and The Prophet" by Charles C. Mann brings readers an insightful, in-depth analysis of the earth's climate change and overpopulation crisis while deconstructing the viewpoints of two influential environmental scientists: William Vogt and Norman Borlaug.

Through comparing and contrasting the diverging viewpoints of Nobel prize-winning Norman Borlaug and ornithologist William Vogt, Mann details the lives and careers of two highly influential scientists while highlighting the division among activists on how to reduce the immediate impact of climate change.

"The Wizard and The Prophet" sparks discussion surrounding the earth's most immediate threats—climate change, overpopulation, water, and food—with an insightful analysis of two long-forgotten environmental leaders.

How We Chose Our Ratings

Bringing the best to our readers is essential to us, that's why the titles featured on our Best Of guides only earn a spot on our list through the selection of an expert research team.

Products that earn a spot on our Top Ten lists are selected from the top rated and reviewed leaders among their respective categories, then put to the test with the critical eye of our team of dedicated researchers.

Get The Facts on Climate Change: Sifting Through Misinformation and What You Can Do to Help

Now that we've shared our picks for the best books on climate change let's discuss the criteria that went into our rating process and take a look at what you can do to join the fight to support our planet.

Look to The Experts

To take action against the effects of climate change, gaining an unbiased, fact-based understanding of the topic is essential.

Among the myriad of ways to educate yourself on the increasing effects of climate change, beginning with works authored by leading researchers in the field is an excellent start.

For the most accurate and unbiased information out there, consult resources on environmental activism and conservationism.

Check out organizations like Protect Our Winters for accurate, fact-based information on climate change and steps you can take to help.

Curbing the effects of climate change is about both personal and collective activism.

No matter your influence, career, or place in society, you can join the force of activists collectively fighting against climate change by finding your personal leverage.

In the social networking age, empowering others to take action against climate change is easier than ever before.

Sharing posts, attending rallies, and joining marches are significant ways in which individuals can promote collective action against the effects of climate change.